Short on Fascinating Blog Topics...This is What You Get....

Is there an age at which he will stop wanting to wear my giant sunglasses?  I hope not.   He's so very incognito here.  And lounge-y. 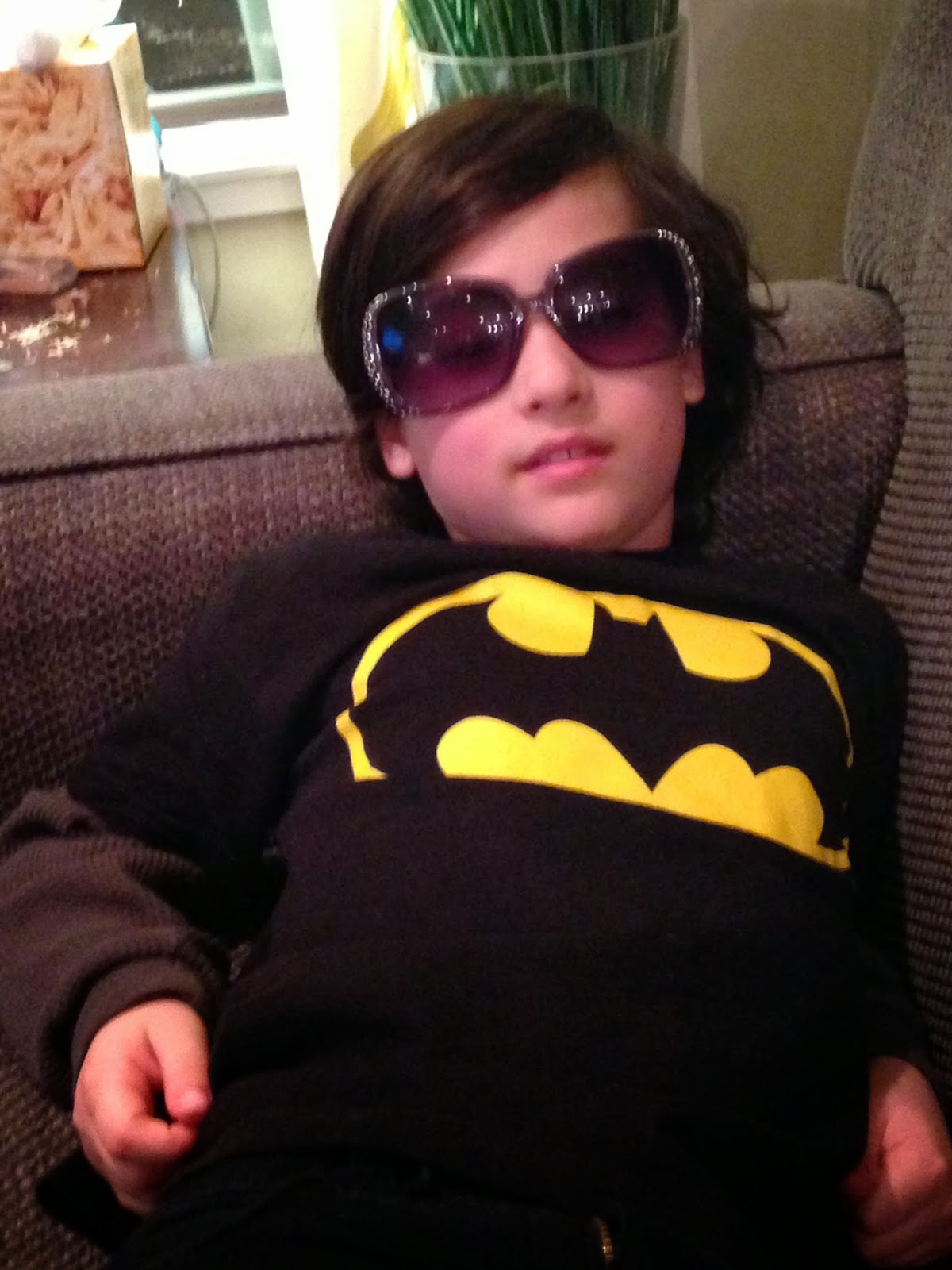 Another creature who excels at lounging? This guy. 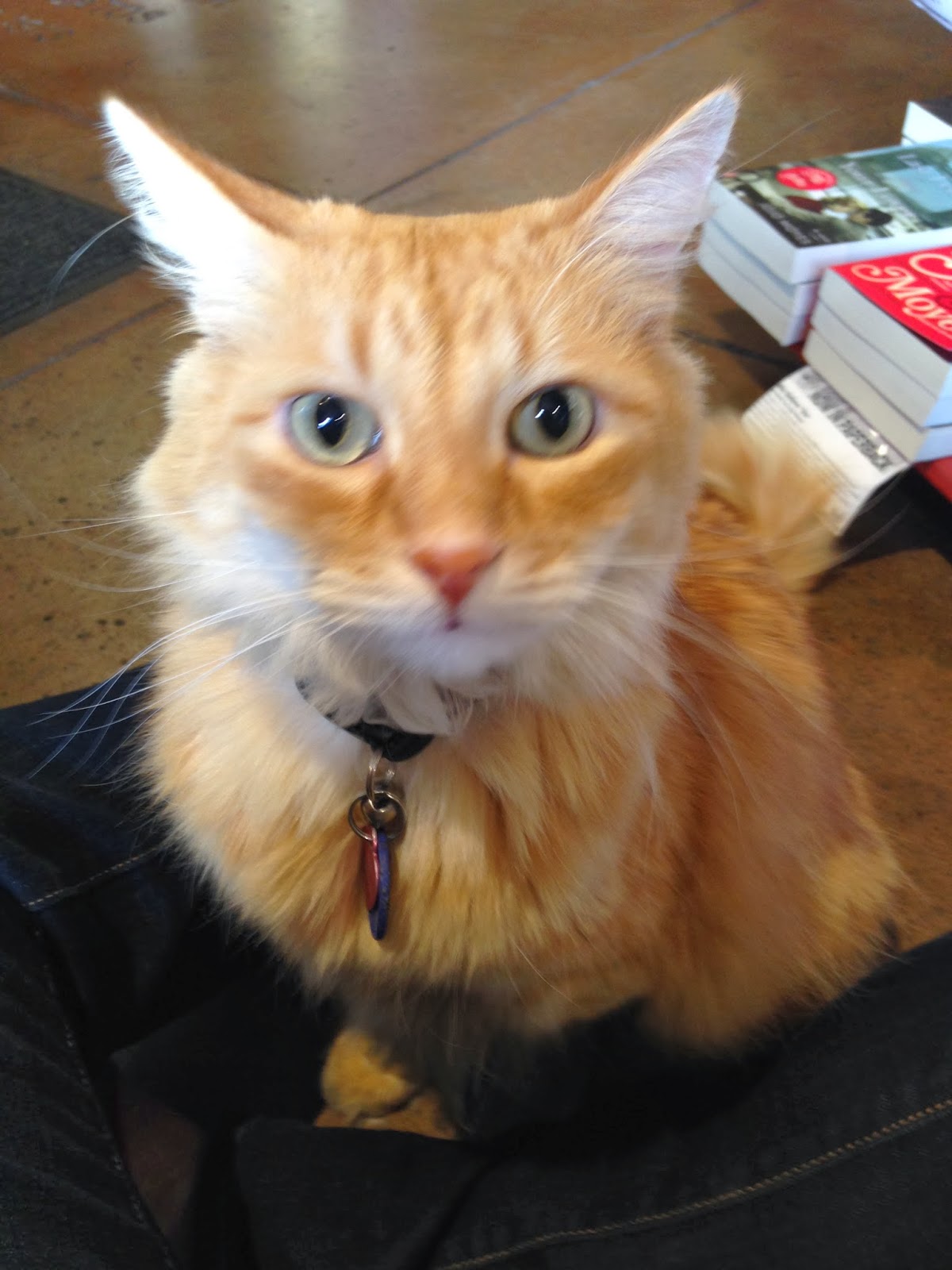 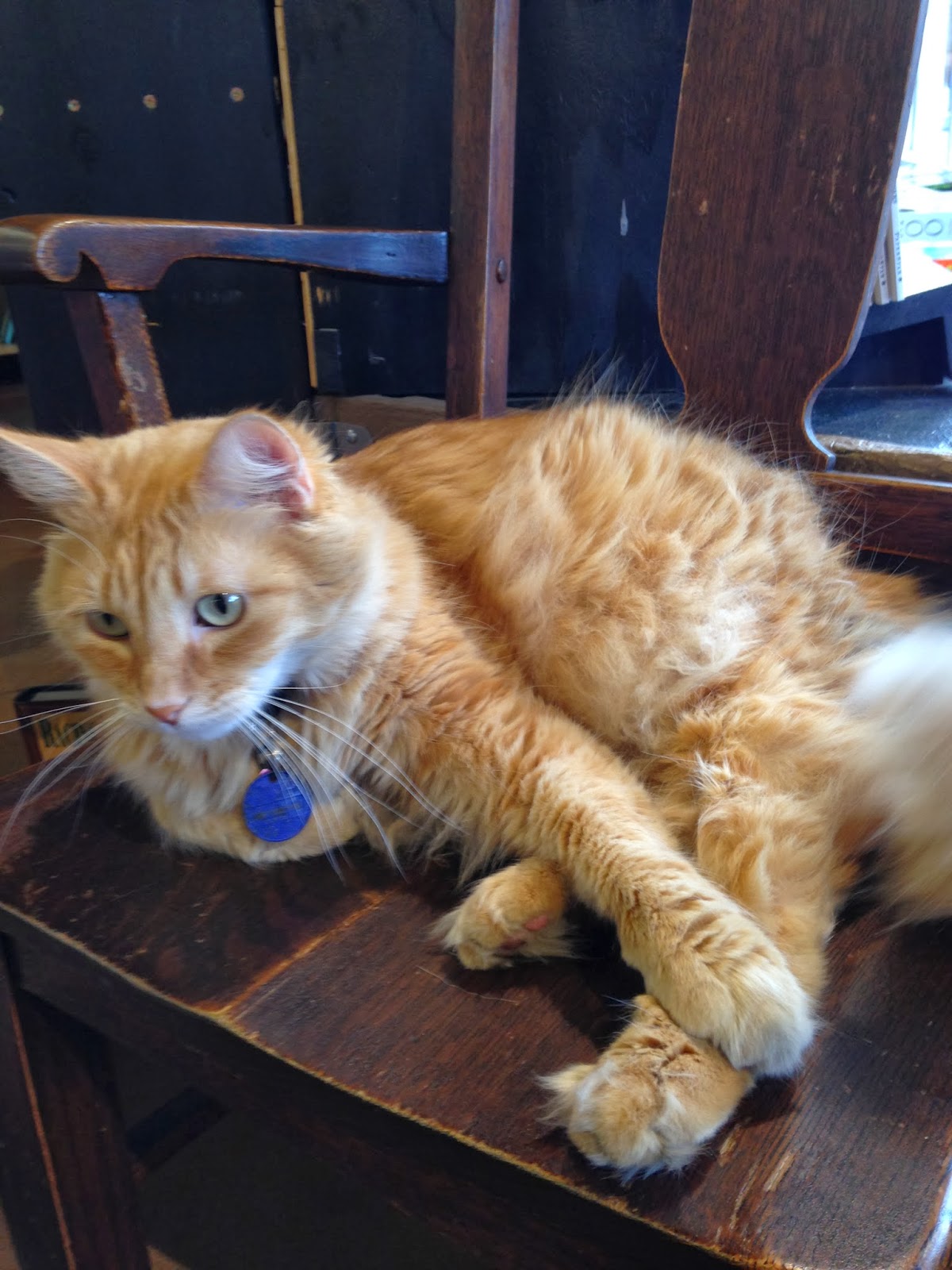 That's Bob; he's the resident cat at my favorite used book store in the area.   After seeing this link in my facebook feed last week:  http://www.buzzfeed.com/ariellecalderon/books-to-read-before-they-hit-theaters-this-year , I went on a bit of a book-buying bender.  Some of the books I already own and some of them I'm not interested in at all (I loathe dystopian YA lit; I made an exception for the first Hunger Games book, which was entertaining, but I'm done), but there were a few that I HADTOHAVE in my hands RIGHTNOW, even though I was still slogging through the last 150 pages of Michael Chabon's Telegraph Ave.  He is such an artist with words, but 500 pages of wordy artistry makes my brain hurt, so it was slow going.  But still---NEW BOOKS!  So I made a trip to both of the Barnes and Nobles in our area.  Neither of them had ANY of the books I wanted (primarily Labor Day & A Winter's Tale).   But of course, they had lots of other books that were shelved near where I would have found the books I was looking for, had they been there.  So I have a few books from authors whose last names are close to Mayhew and Helprin.  I'm sure I'll get to them eventually, right?  Sure.

So then I went to my favorite used book store and found Labor Day.  And Bob.  I love me some bookstore cat.  I was the only customer in the store when I got there, so I had Bob all to myself.   He walked right up to me, meowed at me until I sat down to pat him, and then he climbed into my lap and up onto my shoulder. I enjoyed perusing the new books section while Bob purred on my shoulder and looked out the window for about 15 minutes before I got restless and had to peel him off of me (I still have the scratches on my shoulder to show for that exchange).  When I left, Bob was still curled up in the chair where I left him, waiting for the next unsuspecting shoulder to perch upon.

Eventually I found A Winter's Tale--on Amazon.  But it was out of stock, so I ordered it to be delivered when it comes back and here I sit, waiting.  This means to me that either this book is FANTASTIC and very in demand.  Or it is a horrible book that should be on its way out of print, but someone went and decided to make a movie out of it and now stores are scrambling to get it back in stock.  I guess I'll see in 7-10 business days....

Right now I"m reading The Fault in Our Stars, which I've been seeing people RAVE about for the past year and a half.  And guys,  maybe its my brain still recovering from the wordsmithing artistry of Chabon, maybe its that I have a cold, dead heart, but I'm not loving it.  Its good; I get the appeal.  But I swear if the main character says, 'Um" one more time, I'm going to take a red pen to the whole book and give her an F.  Anyway, its a super fast read, so I don't expect to spend more than 2 days on it, unlike the 3 weeks it took me to get through Telegraph Ave.

This weekend, I took the kid to Tahoe for a fabulous weekend full of sleet, whipping wind and very little snow.  Ethan didn't care; he skied on man-made snow for six hours.  I took a 2.5 mile walk during which the sky decided to rain, snow and sleet on an unpredictable and rotating schedule. It was relatively miserable, but I was determined to get my 10K steps in per my Fit Bit before I spent the rest of the day reading in the lodge (which?  I'm not so sure about this Fit Bit thing--on the 5-hour, traffic-jam crammed drive up to Tahoe, the Fit Bit logged me as having taken 5K+ steps--I'm guessing from moving my foot from the gas pedal to the brakes? So.  Yeah. ). 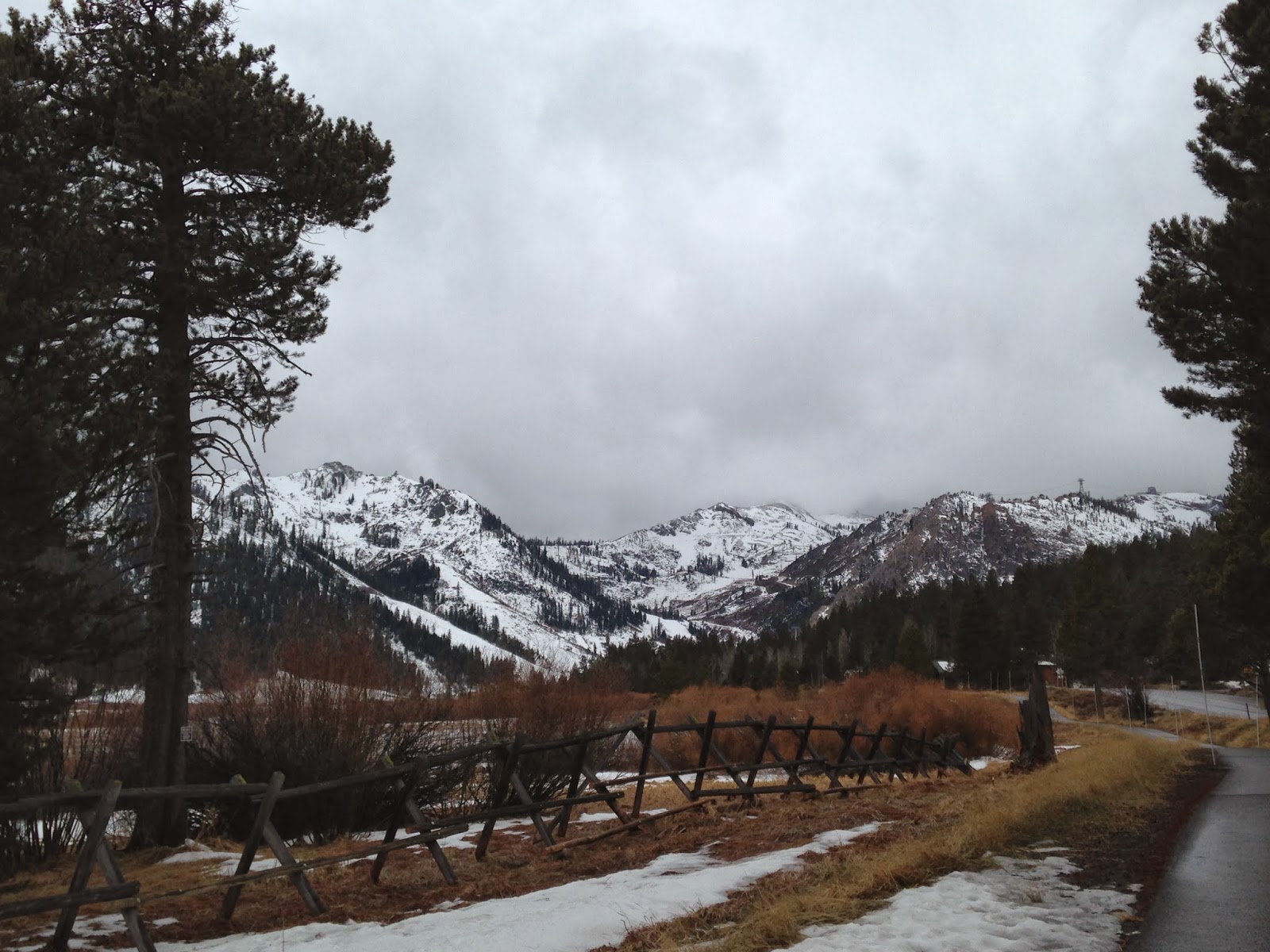 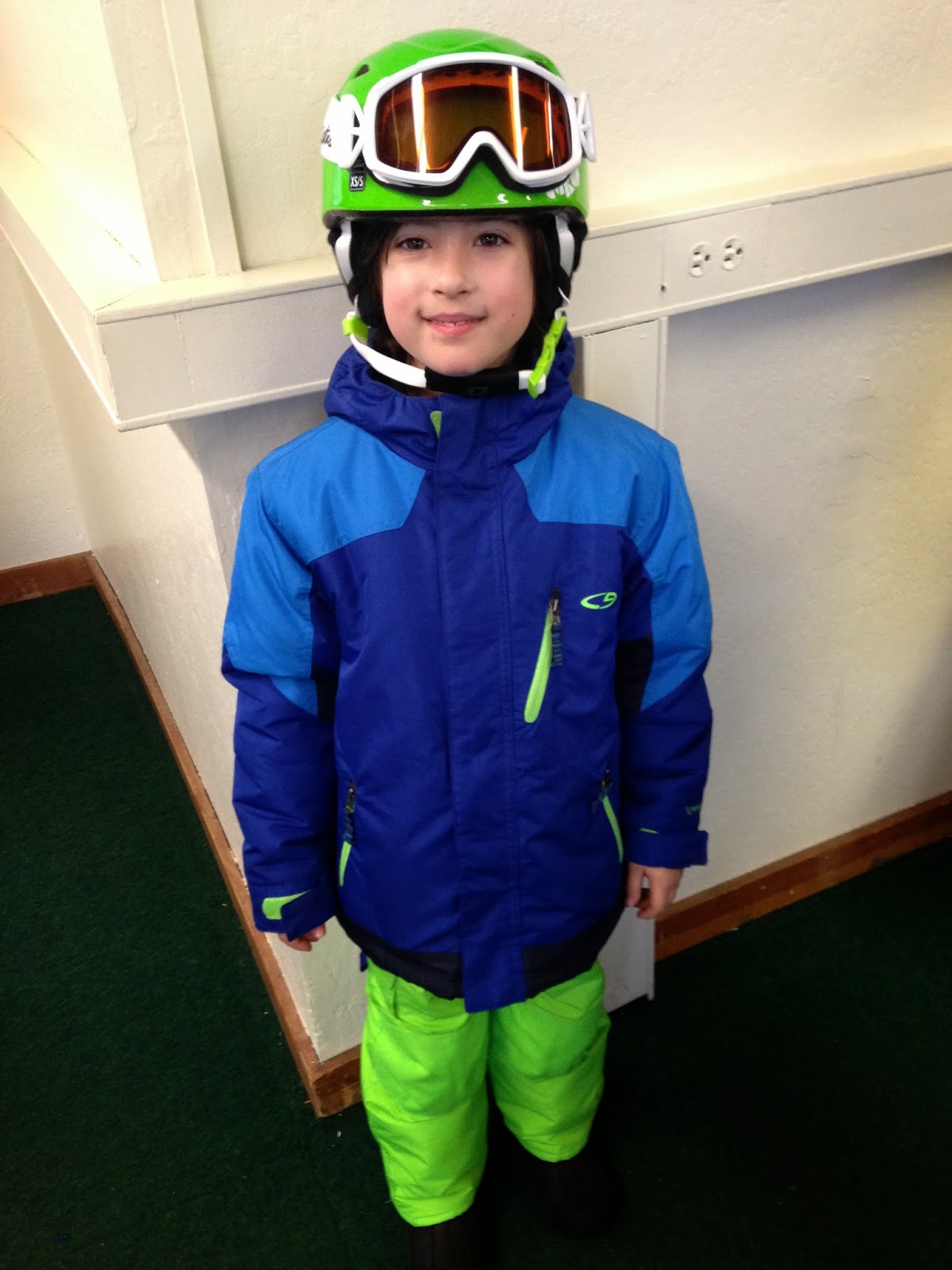 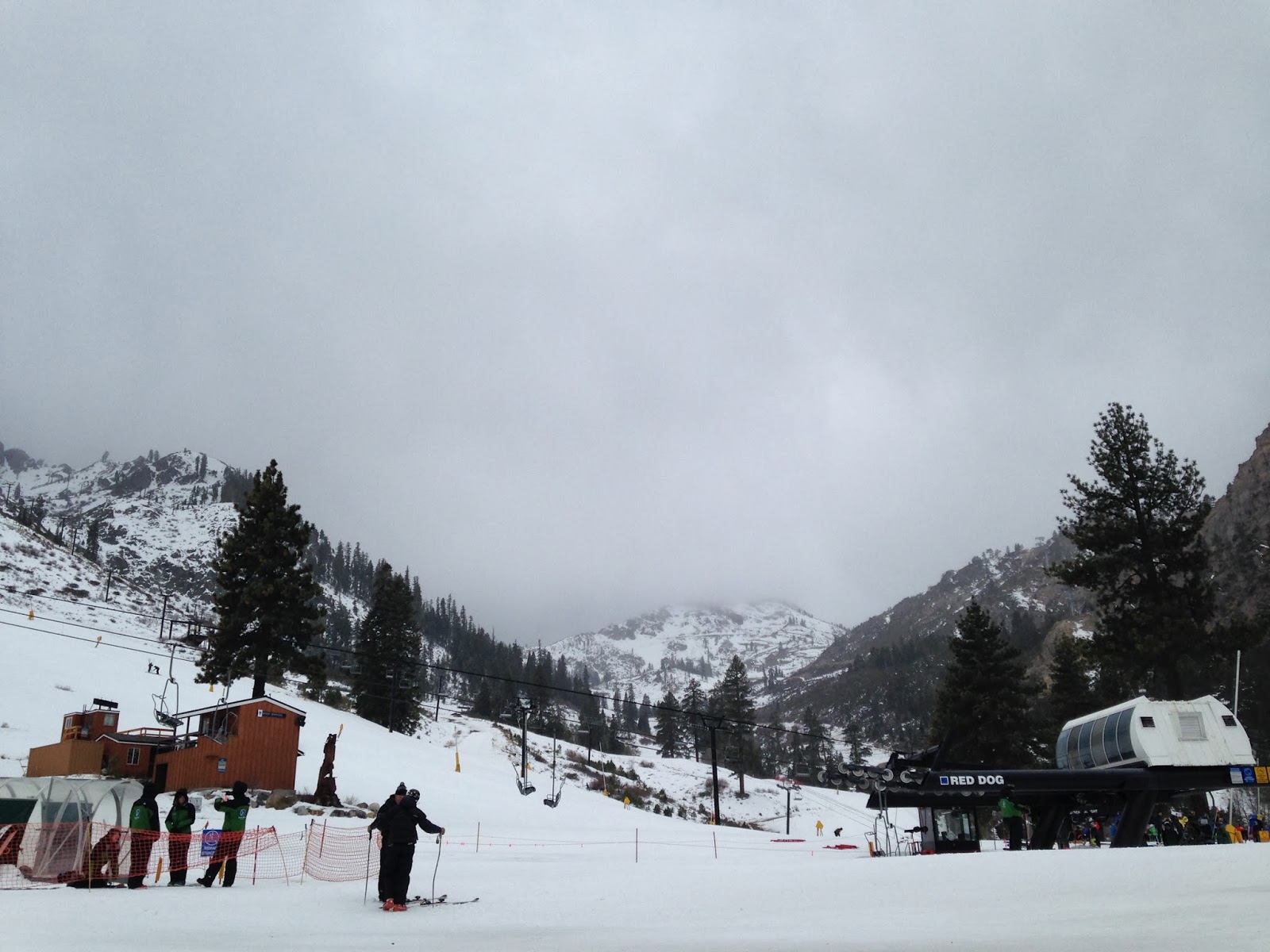 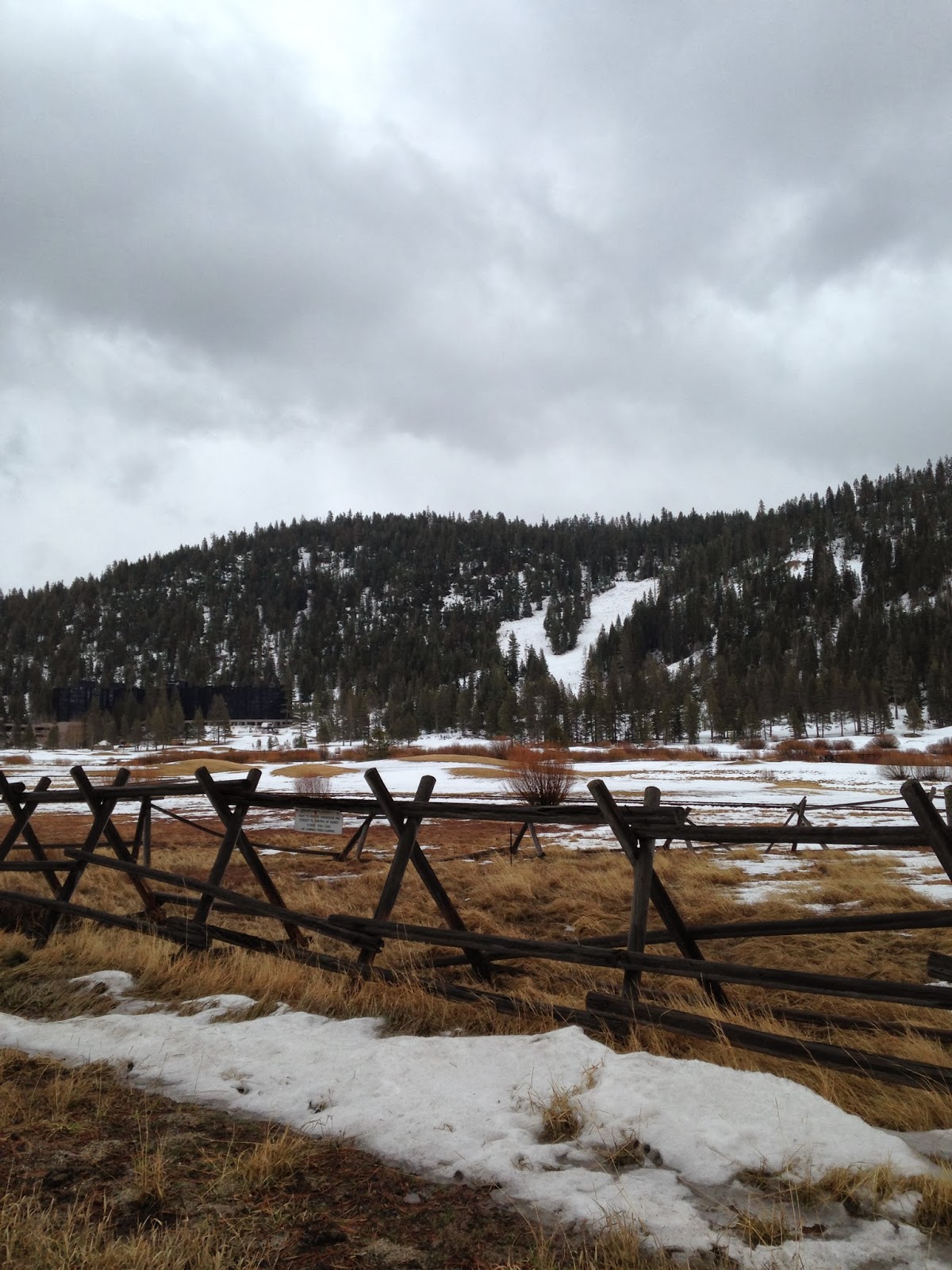 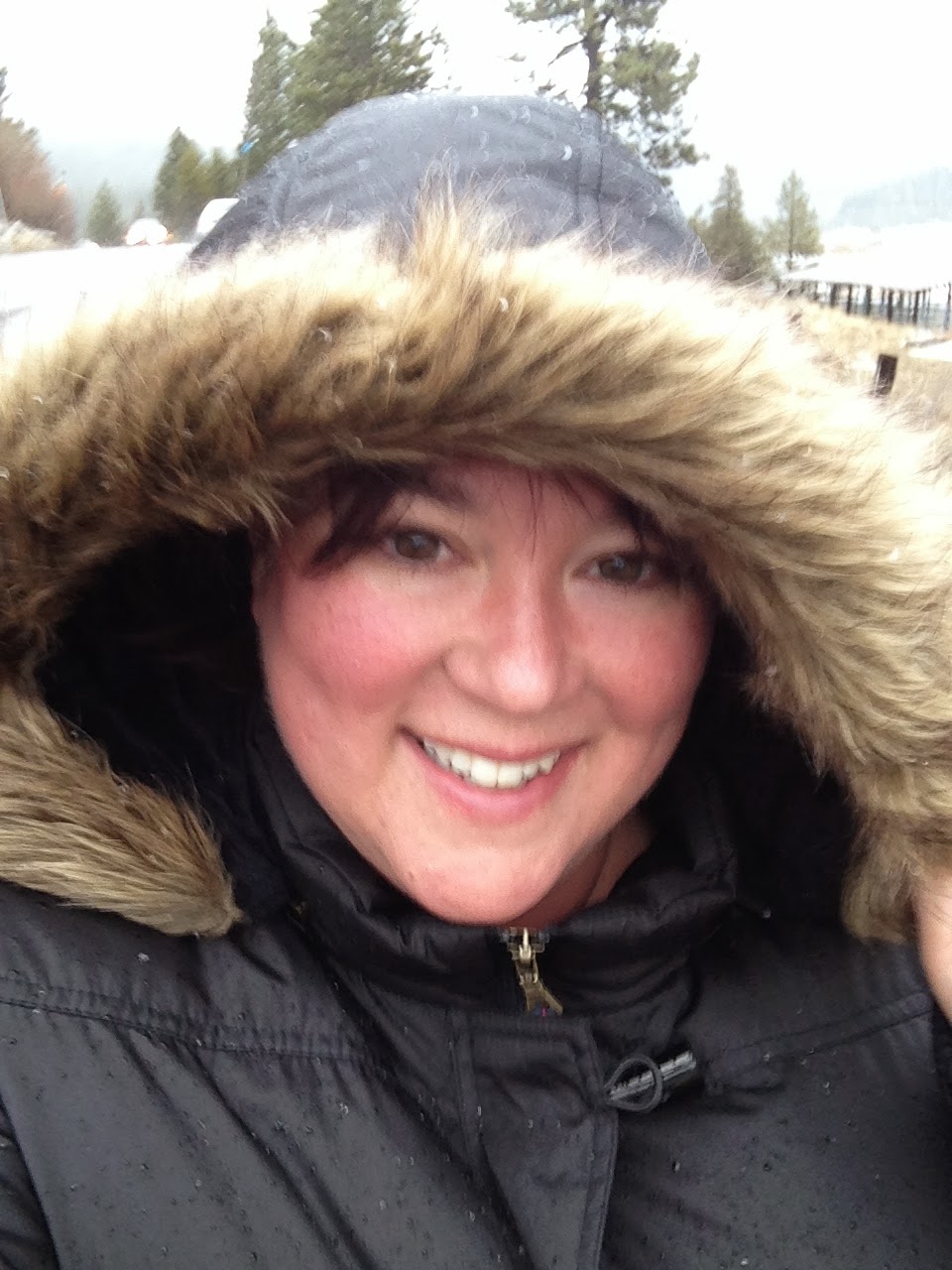 Me, part-way through my sleet walk.  I'm smiling whilst being pelted with tiny shards of frozen water because I'm thinking of the blazing fire and hot chocolate waiting for me at the lodge when I'm done. 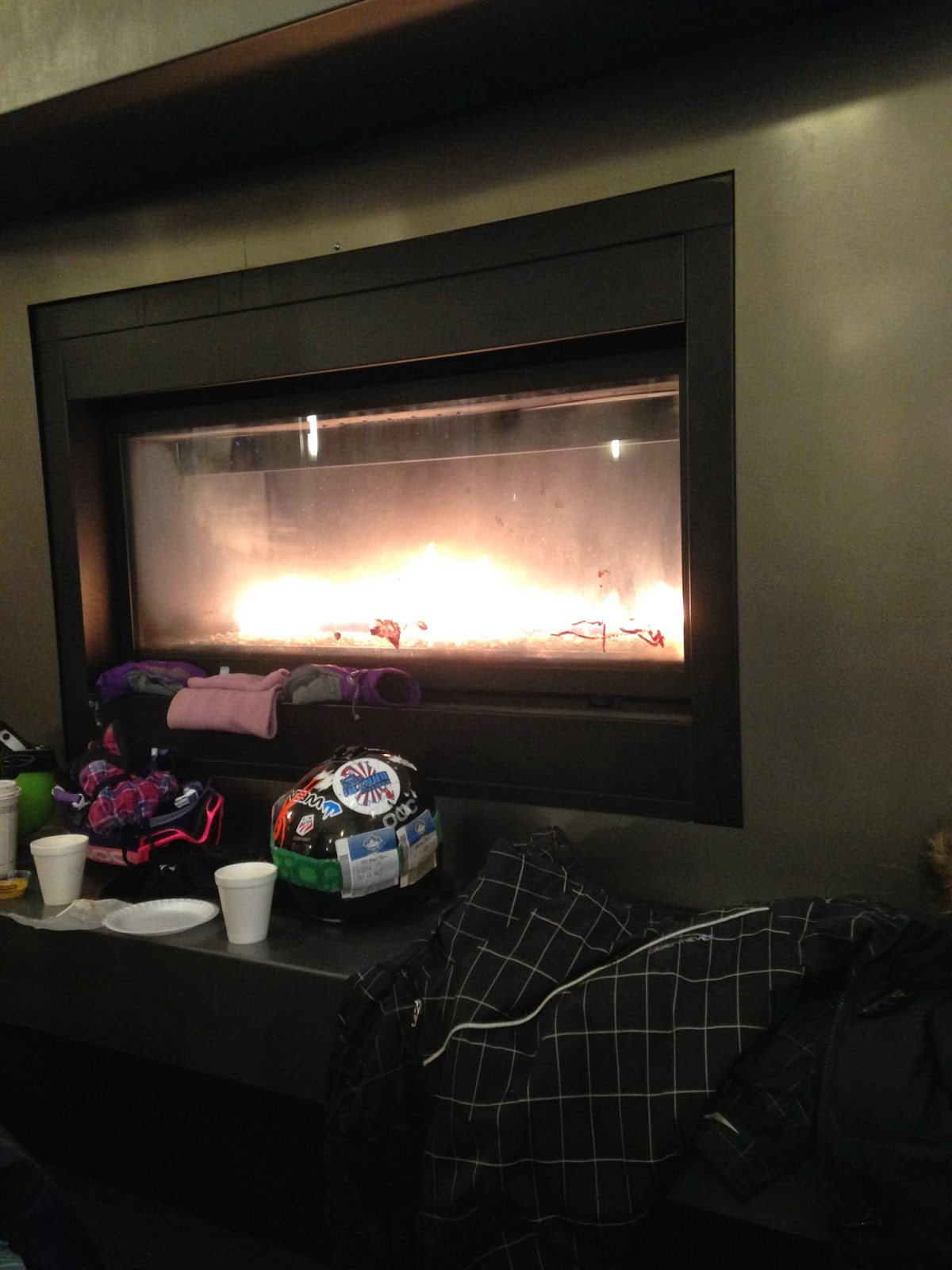 So good to see you back! Good to know that Ethan is just as cute as ever.

I wanted to read all of those books too! Labor Day is at the top. I am in love with requesting things from the library like the little old lady I am. Ski weekend looked fun! I need a FitBit for Disney-- that way I can justify all the stress eating I will do crammed in 2 hotel rooms with my children.

Try Kahled Hooseini (is that the correct spelling? I'm too lazy to google). Have loved all three of his books.