You guys, its really sad how long it took me to find the "new post" button here.  Would you believe that summer vacation was just SO good that its taken me this long to pull myself together to start blogging again?  No?  Fair enough.  Summer was pretty fantastic (what I remember of it as it recedes into the past at an alarming speed---its 2014?  What the ever-loving hell is that about?!), but I've not been in a stupor for the past six months recovering from its awesomeness.  I've just been....well. You know how way leads on to way, and all those Frost-ean philosophical musings.  Been busy. It is hard work staring at the empty page waiting for the muse to kick you in the butt.  I thought if perhaps I put the blog aside for a bit, my fiction creativity would bubble up like a happy little stream and overflow its banks into pages and pages and chapters and books of my PURPOSE. IN. LIFE.

But alas.  Some pages were coughed up.  Some really good ones, too (not that you'll ever see them, I'm just saying.)  I took a writing workshop at Standford taught by the guy who founded NaNoWriMo and that was inspiring--both the workshop and being on a college campus again.  I want to say "surrounded by students milling to their classes," but really, it was July, so it was more like I was surrounded by leisurely-moving tourists clogging up the archways posing for pictures.  In that workshop, I played with clay, described strawberries and acted out little ridiculous improv scenes and somehow became a better writer for it.  Then I signed up to take an extension course through UC Berkeley.  It was online and the most feedback I received from the professor consisted of brief and grammatically questionable commentary comparing my main characters to Harold & Maude (which, thank you! I'll take that. But, really, any suggestions on how to be a better writer? Maybe? Any? No?  Okay, thanks) and  my writing style to the film making style of a director I'd never heard of before. I got a 99 in the class.   So.  That felt fulfilling.

I'm signed up to take another writing class through UC Berkeley; it starts next week and I'm hoping that  the professor will be a little more interactive and less "you handed in the assignment on time! Awesome!"  I know its not a true Berkeley writing course because its all extension-y and "anyone can take it!" But really.  A little help here?

I will say that I found my characters, out of the blue and an assignment I fretted over for days because it just seemed so boring and pointless and I didn't want to write it and OHMYGODTHEANGST!!! But the weird little old lady and the dysfunctional young woman presented themselves to me (thanks, muse!) through that assignment, so lesson about boring & seemingly pointless writing assignments learned.

And the kid?  Second grader. Golf.  Tennis.  Tae Kwon Do. Star Wars.  Legos. Skiing.  Wii. One Direction (ugh, for real?! At least its not Beiber). 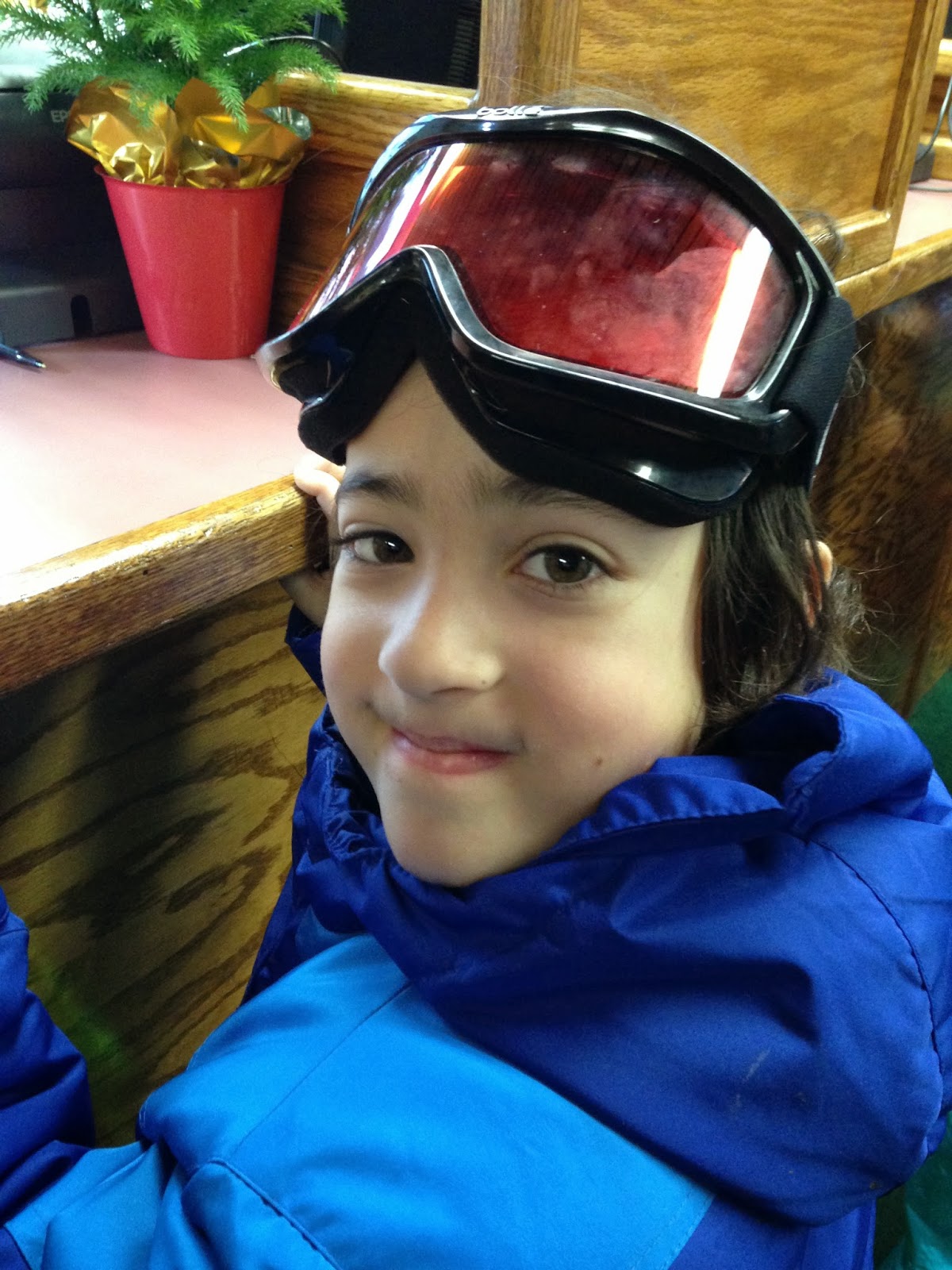 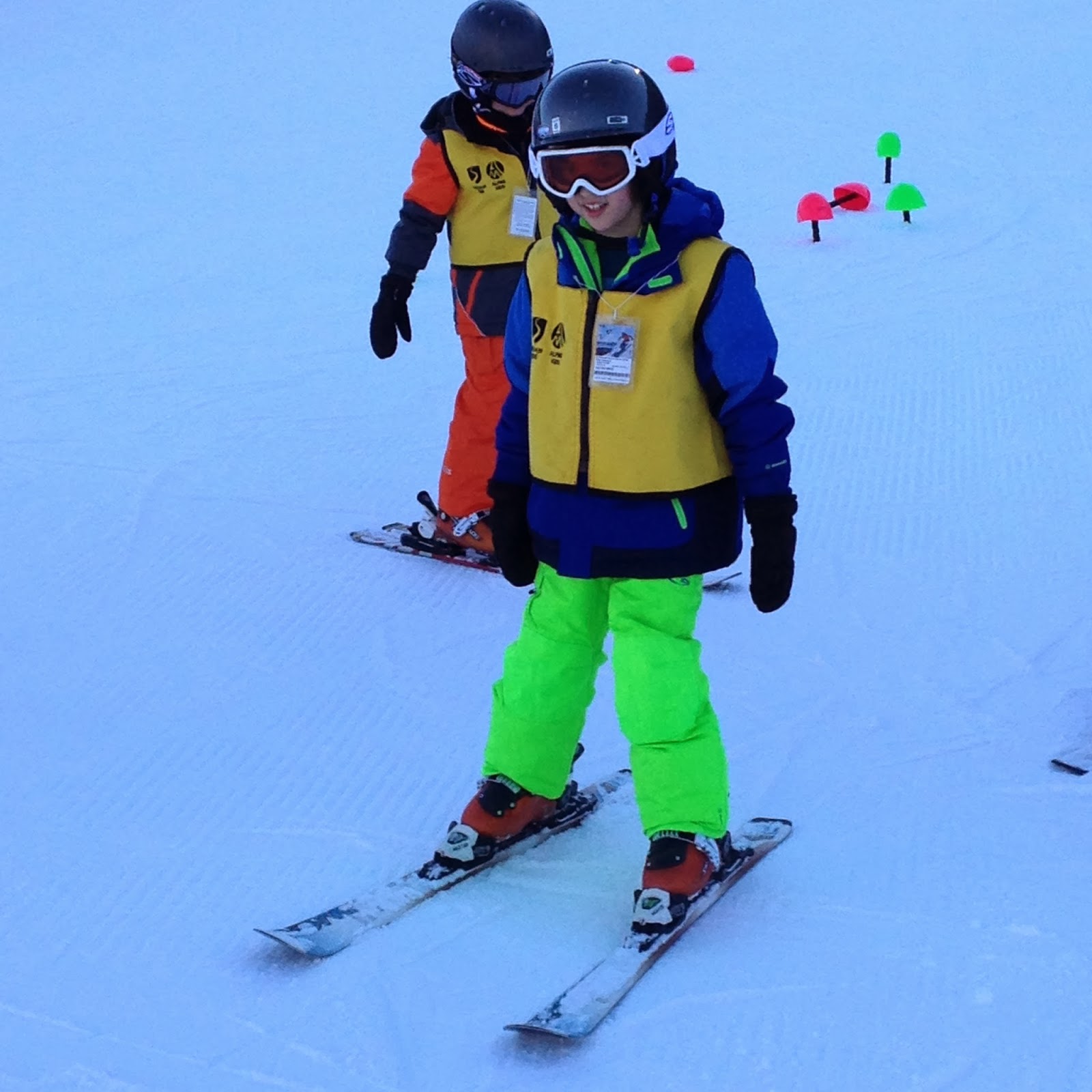 Can I just take a moment and say how much I love seeing my kid bundled up and skiing?  When Husband came home from work six years ago and said "I think we have to move to California," I spent, I realize now, an inordinate amount of time "woe is me"'ing about my kid growing up SO FAR AWAY from the east coast.  "He won't know what winter is! A kid has to play in snow!! He'll be 3 hours late for New Years!"  If I'd been in possession of a Victorian velvet fainting couch, the whole melodramatic scene would have been perfect.  But I didn't, so I spent a lot of time pining and pouting in  my room about how horrible my kid's life was going to be as a Californian.

This winter, we're going up to Tahoe a couple times a month, sharing a rental with some friends who go up every weekend from December through April (they are, what you might call, "hardcore."  We are just softish-core, really).  Ethan takes ski lessons and I sit in the lodge and read.  For hours.  I'm just going to take a minute here and roll around in that for a second.  A fireplace, a cup of tea, books.  Hours on end, while my kid flies down the side of a mountain.  The last part of that makes me a wee bit shaky, but I try not to think about it while I'm curled up on my ass with a book for HOURS!  Or, if I'm feeling a bit stressed about the idea of Ethan dangling from a ski lift, I can always just go get a massage at the spa.  And then there's the ice skating and the sledding and the snowball fights and the snow angels. OMG, ITS JUST LIKE REAL WINTER!!!

And then, at the end of the weekend, we pile into the car and drive back to the part of California that's 65 degrees and sunny all week long.  My husband is FREAKING BRILLIANT!  Thanks for making us move to California, honey. It was an awesome idea.

So its 2014, and there must be resolutions to break, right?  Well.  I'm going to be so boring and say that weight loss is one of my main resolutions.   But really.  There are like two of me these days; its totally far more Sarah than anyone needs.  So there's that.  Also, I plan on reading my eyes right off my head.  I was kind of mortified when I realized I only managed something like 25 books this year.  My friend Sarah read something like five million books in 2013, and she has a full time job, four children, and she blogs pretty much daily, and feeds her family healthy, nutritious meals that require preparation and kitchen appliances that are not just the microwave.  So.  Seriously, what the hell am I doing with my time that I can't read more than 25 books in 12 months?! (see, peer pressure can be a good thing!)

Which leads me to my next resolution--the iphone and ipad stay downstairs at night--no more checking FB, Twitter, Instagram, Words with Friends or my stupid Clumsy Ninja "one more time, no really, just one more time" before I go to bed at night.  I completely blame technology (and certainly not my own lack of self-discipline or impulse control) for my lazy reading habits.  And really, when it comes down to it, I'd rather be reading Dickens than Buzzfeed, so what the hell is my problem?  Sigh.  So tech gadgets stay out of my bedroom in 2014 (I'm a little hyperventilate-y writing that, but I'll cope. somehow).

And lastly, I am hoping to blog more often.  I struggle with how much my blog can be specifically about Ethan any more; as he approaches 8, I'm keenly aware of the fact that someday he is going to have some very particular opinions about his mother writing about him on the interwebs.  So this will be kind of a new adventure for me, figuring out what there is to blog about if he's not at the center of it.  Which really?  Wow, that pretty much sums up my New Year's resolutions--get a life! 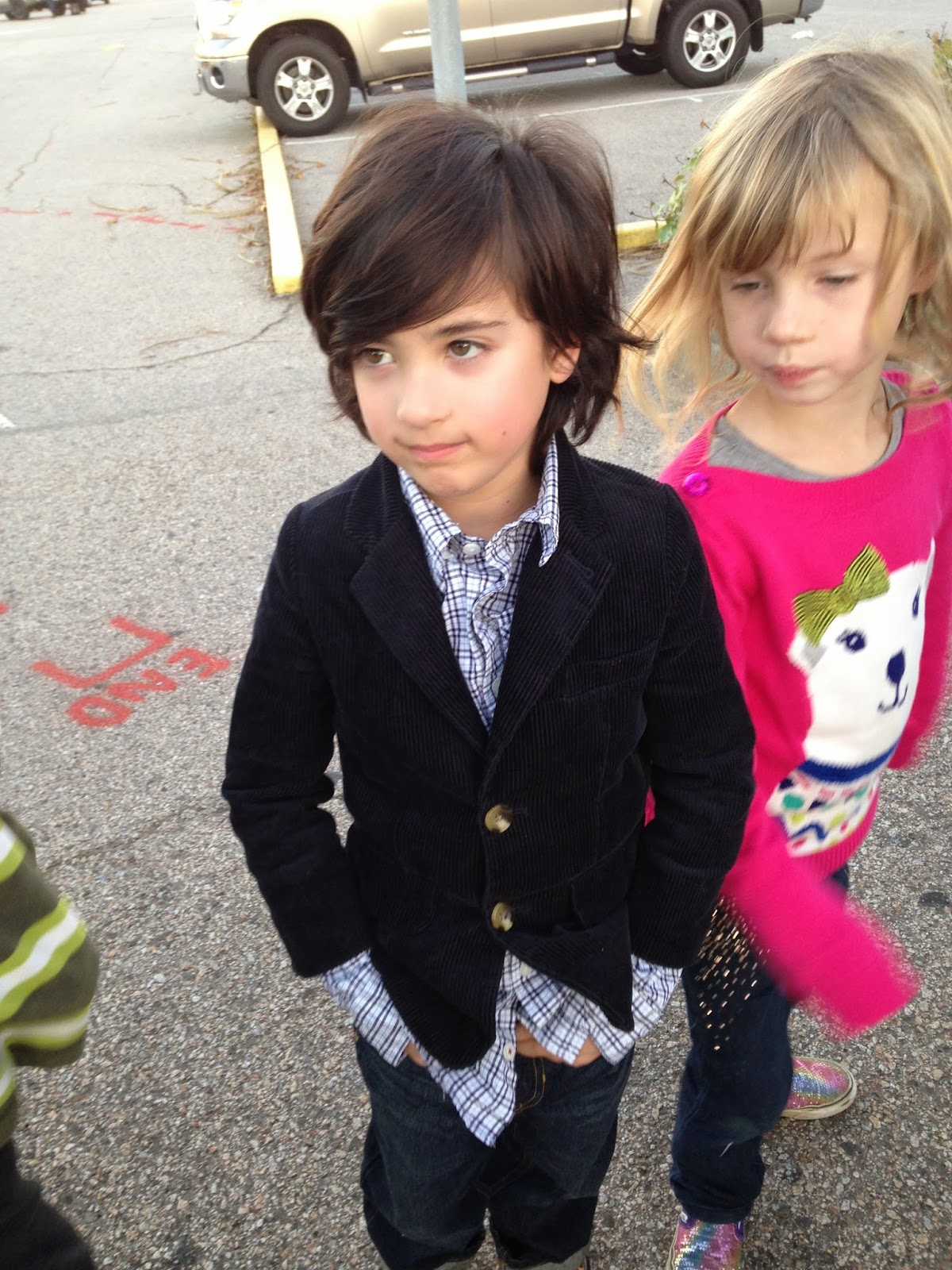 Seriously, mom, get a life.  Look how much cooler than you I already am?

Yay! Reading, blogging, it all sounds so grand! Can't wait!!

Glad to see you back!

Dang but I've missed you! Missed the updates on E. Missed seeing his face. That's not a baby face any more! (Just in case you'd missed that!) I hope you DO blog more often. Welcome back!