Or, The Ladies at the Fabric Store Read a Lot of Harry Potter.

This weekend, FINALLY, it poured on us.  After months of earth crackling drought, while the rest of the country gets repeatedly buried by mountains of snow, we FINALLY got, oh, an inch of rain. Maybe an inch and a half or two inches, thanks to a storm called a "Pineapple Express."  Okay.  I'm just glad the two inches of rain we got didn't receive some alphabetized name like apparently every cloud that breezes over the east coast and/or midwest now needs to have, according to the weather channel.  Back in my day, our blizzards were just nameless feet of snow piling up on the ground, we didn't go getting all attached to them and naming them after someone's aunt or uncle or a Roman god.  Now everything needs a name.  Well, not our Pineapple Express; we're happy to just call it by the name of some 2008 stoner movie and be done with it. 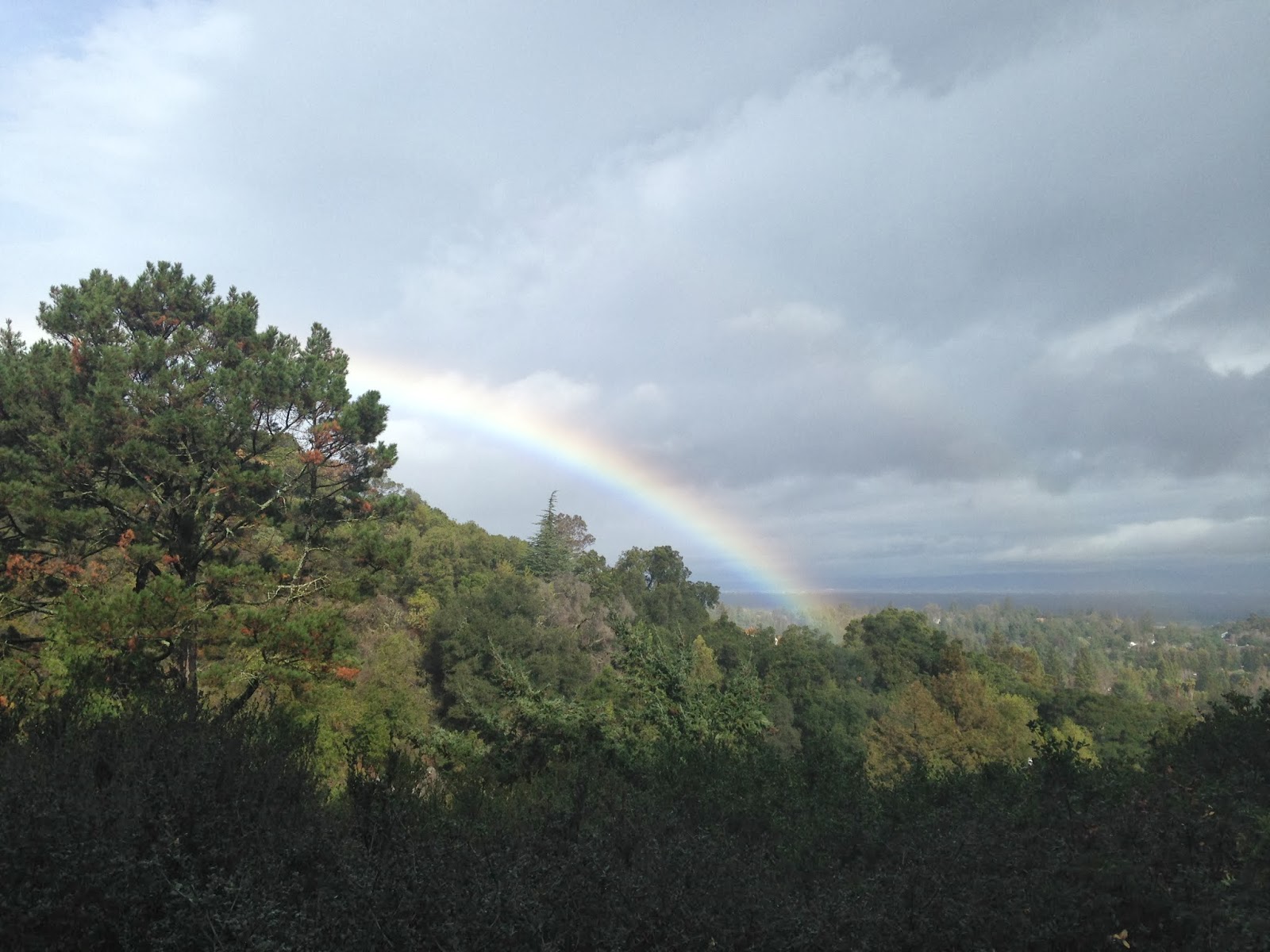 I'd like to say that the rain kept us from our usual weekend routine, but we're not what you'd really call "outdoorsy" in any way, shape or form.  On a rare occasion we'll go for a "hike," which generally consists of driving several miles to a scenic locale, getting out of the car, breathing in the fresh mountain air and then walking into the wooded trail for about a mile before the kid starts complaining about being bored and I start freaking out that we're being followed by a mountain lion.  Husband would likely prefer to be at home puttering or watching some DVR'd sci-fi, but he knows that between Ethan's general lack of interest in nature (so sad) and my hyper-sensitive fear of all things (so neurotic), we're only going to be out for about an hour, tops, so he never puts up any resistance to our forays into the great outdoors.

So indoors we stayed.  On Saturday, we went to see The Lego Movie and I stand by my assertion from just seeing the previews, that movie was written by a bunch of stoners who were stoned.  And it was hilarious.  However, I have a bone to pick with whoever wrote the theme song because I cannot get the song out of my head and I am >this< close to digging through my ears into my brain with a fork just to MAKE IT STOP!!!

We also watched the DVR'd opening ceremonies of the Olympics on Saturday.  Wow, can my kid ask  a crap-ton of questions about Russian history.  I made the mistake of saying something about the Russian police choir singing Daft Punk's "Get Lucky" during the show and that set off a 4-hours long string of "are the police singing next?" at every commercial break.  So it was super when we got all the way to the end of the recording and there was nary a Russian police officer singing even one bar of "Get Lucky" to be seen.  We had to dig up the clip on Youtube and finally all the questions came to an end.  Bliss. 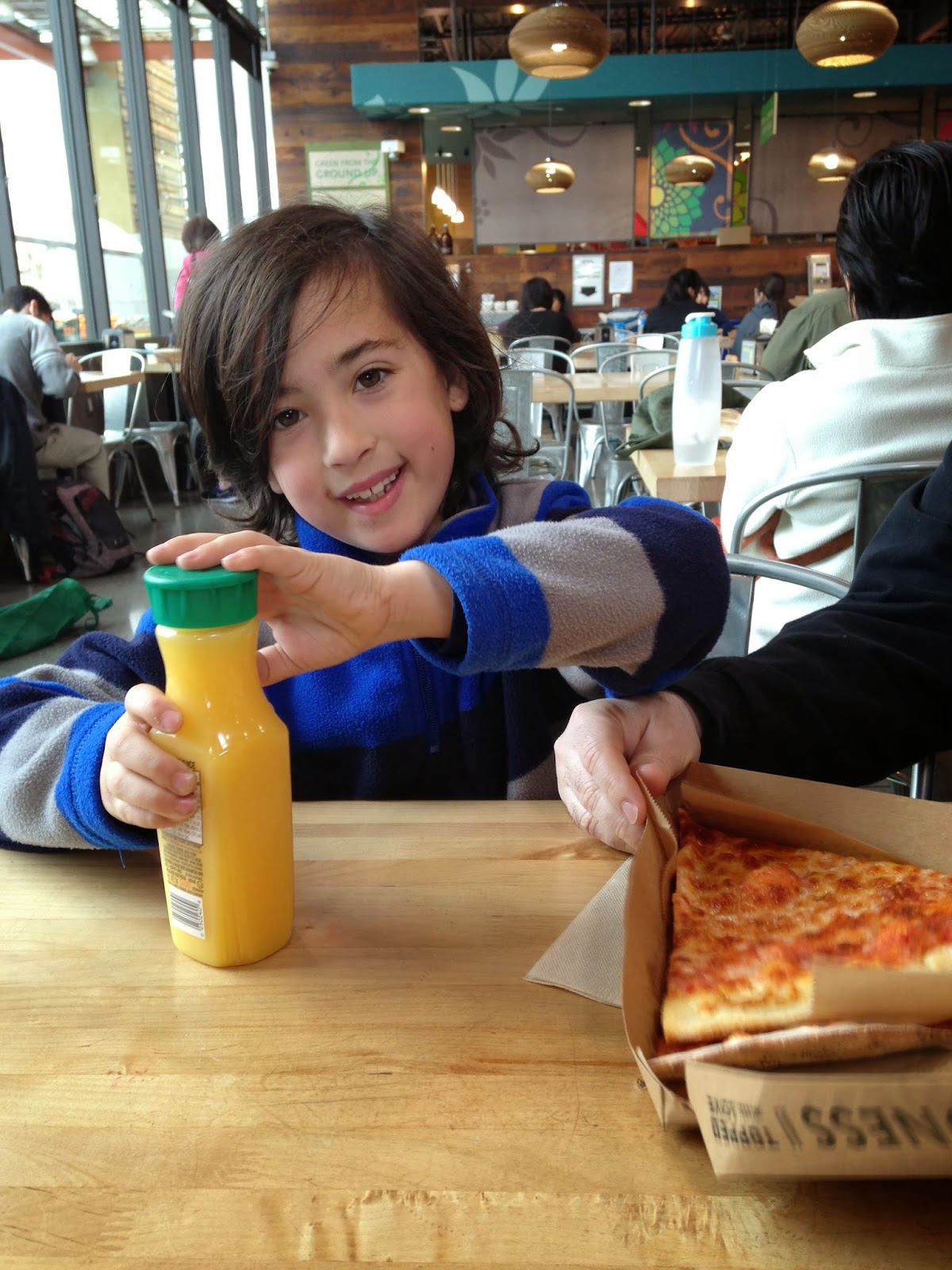 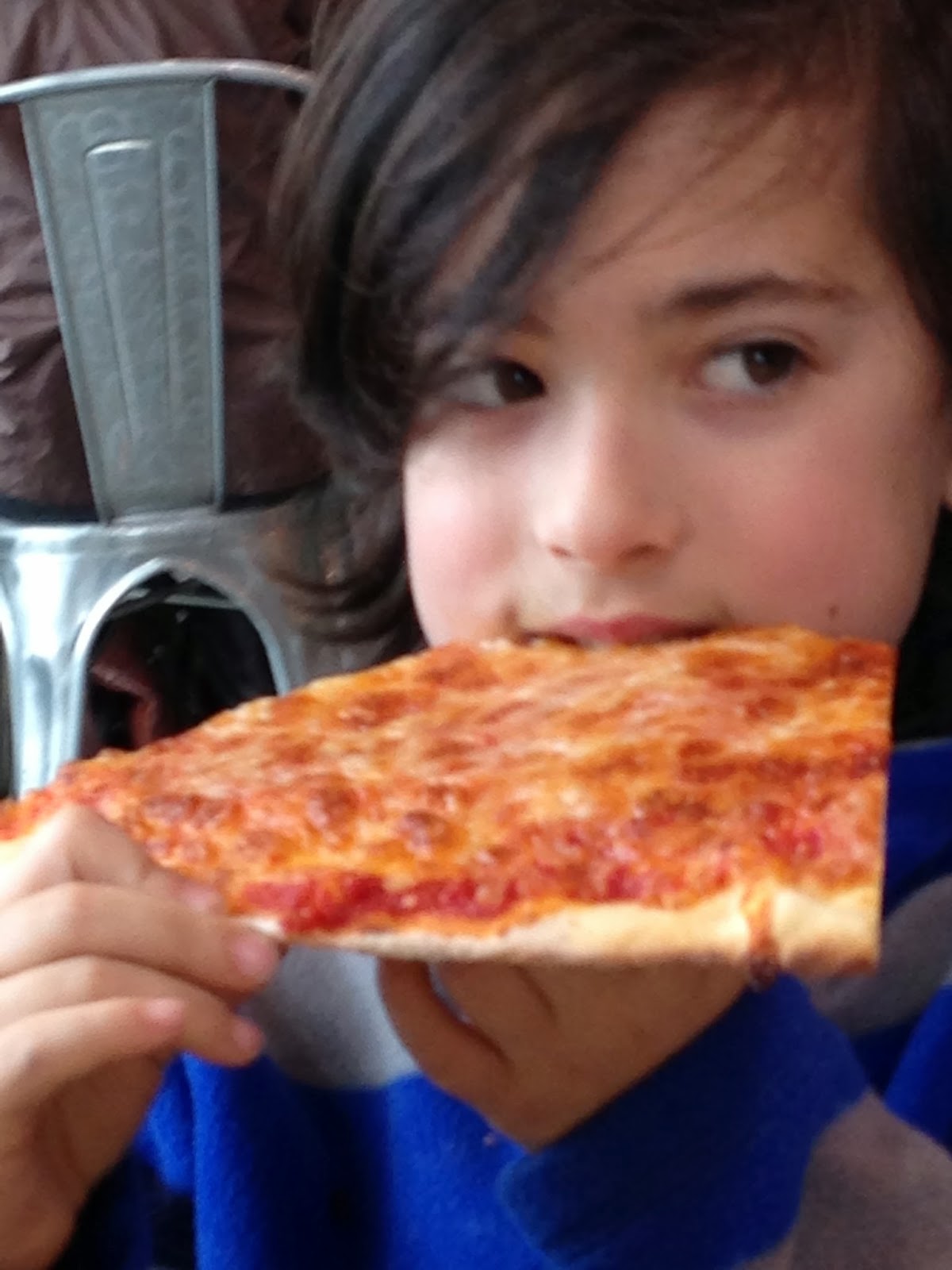 But, much to Husband's and my amazement, the lure of the secret hiding spot was strong, and no sooner had we gotten home than Ethan set to work pulling all manner of things out of the closet to find the very back space he was thinking off for his hideaway.  This of course meant that the entryway of my house looks like, well, a crawl space.  "Welcome to our home! Just toss your coat on top of our sleeping bags and that assortment of holiday and birthday wrapping paper!"

In the end, the kid got his nook in the back of the closet, and I got to put some things back in the closet to create a little hallway within the hallway, thereby making an even MOAR SECRET-Y secret nook.

It looks like any other door....but behind it lurks... 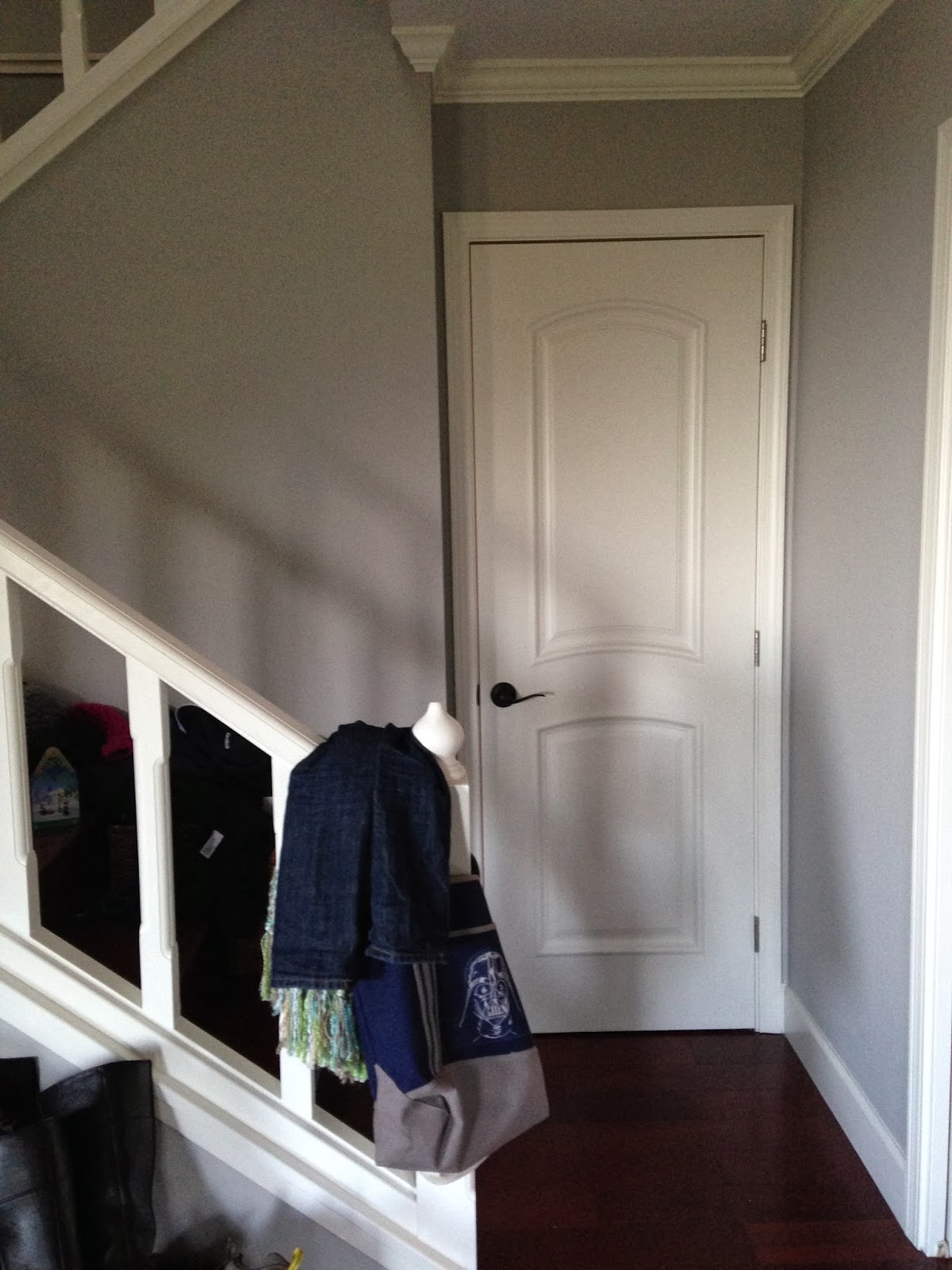 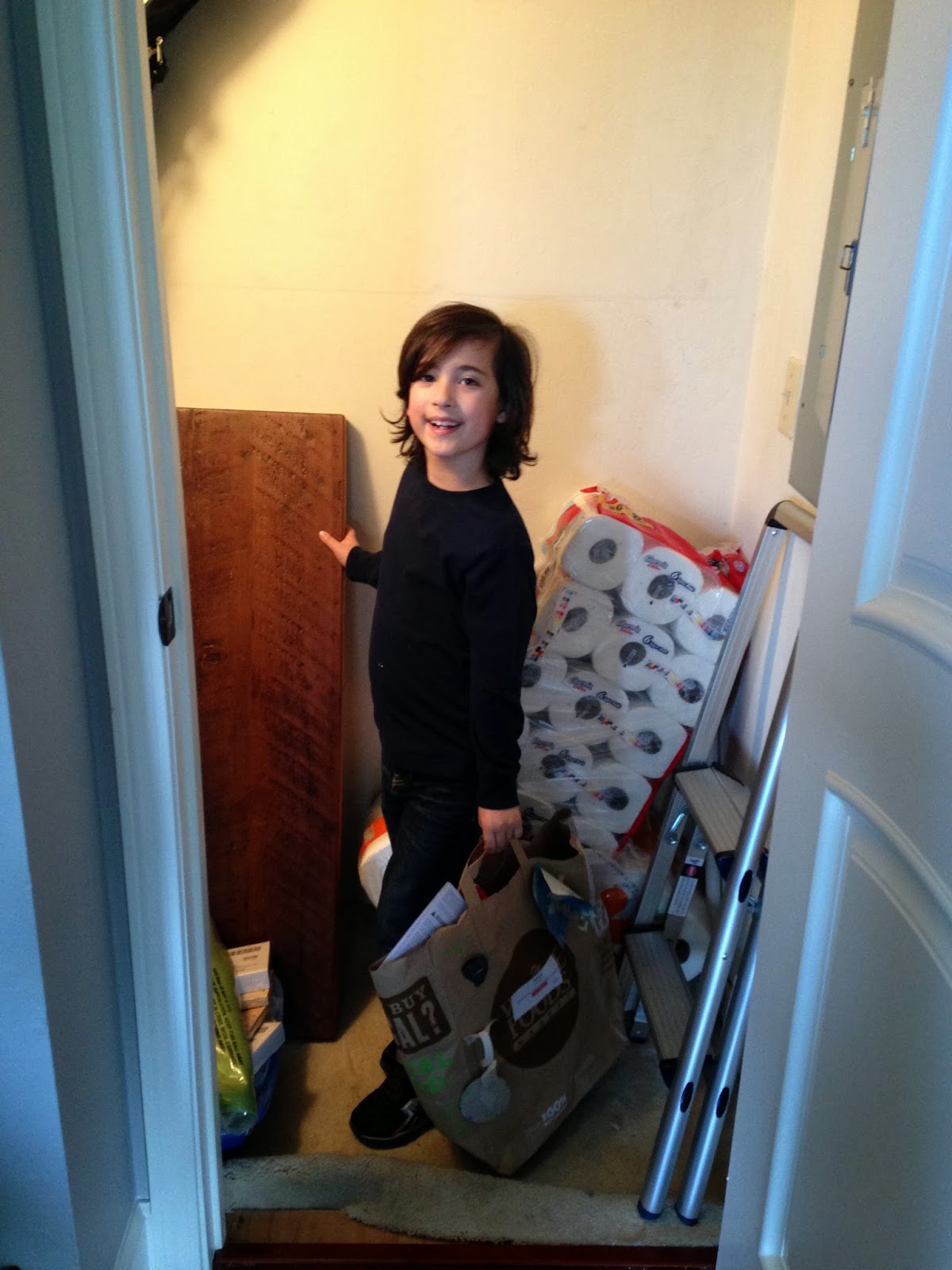 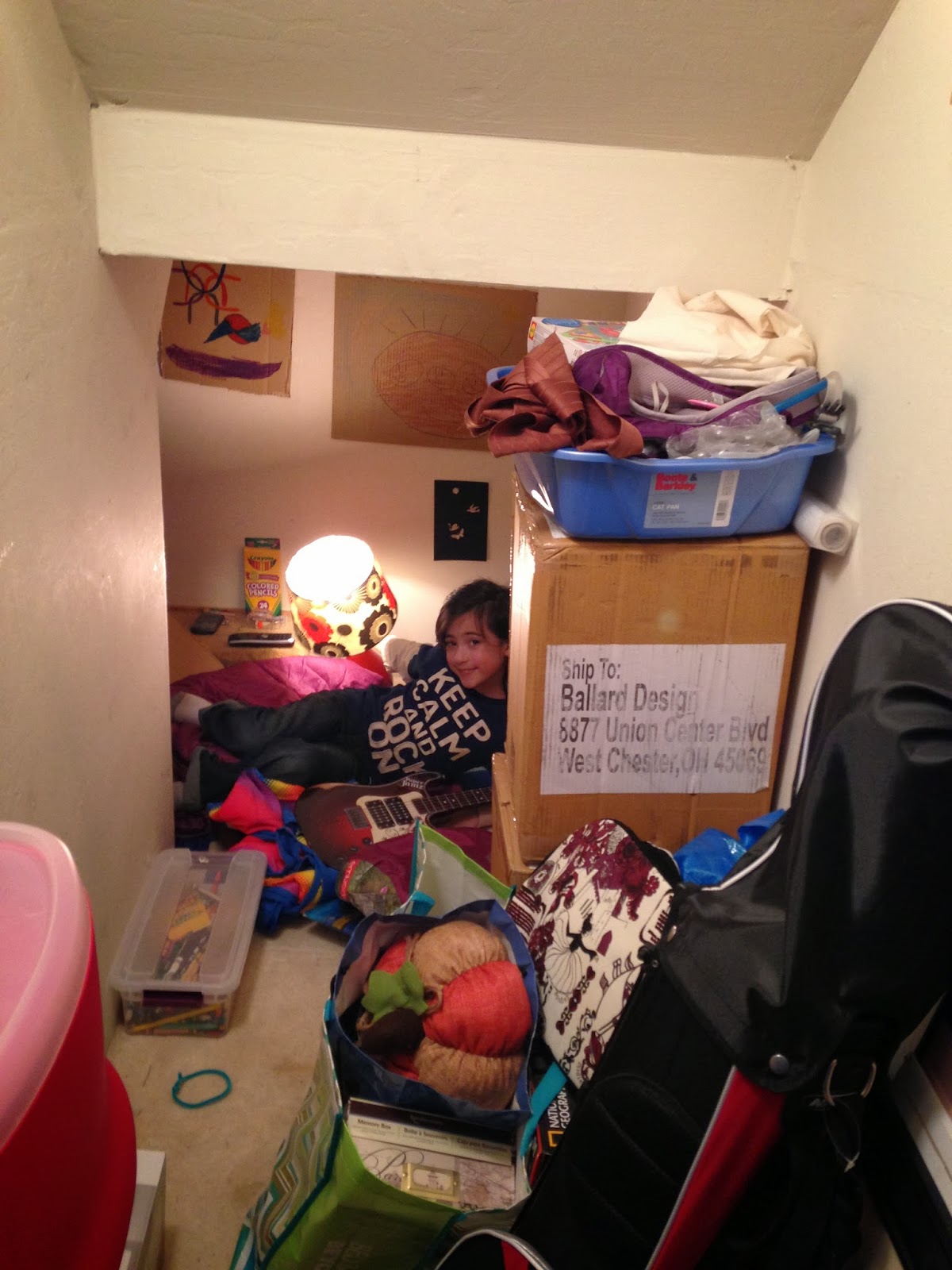 you've still got your random golf clubs and holiday decorations and overnight bags, as well as a couple of boxes of pendant lights one might have ordered months and months ago and never got around to hanging in the kitchen.

But you've also got your little spot for homework, complete with original artwork and assortment of sleeping bag/pillows/blankets for your nook lounging enjoyment (and do not forget your just-for-show old Mac decorated exclusively in puffy glitter heart and star stickers.  Natch). Oh, and also?  A nerf gun.  For under the stairs protection. 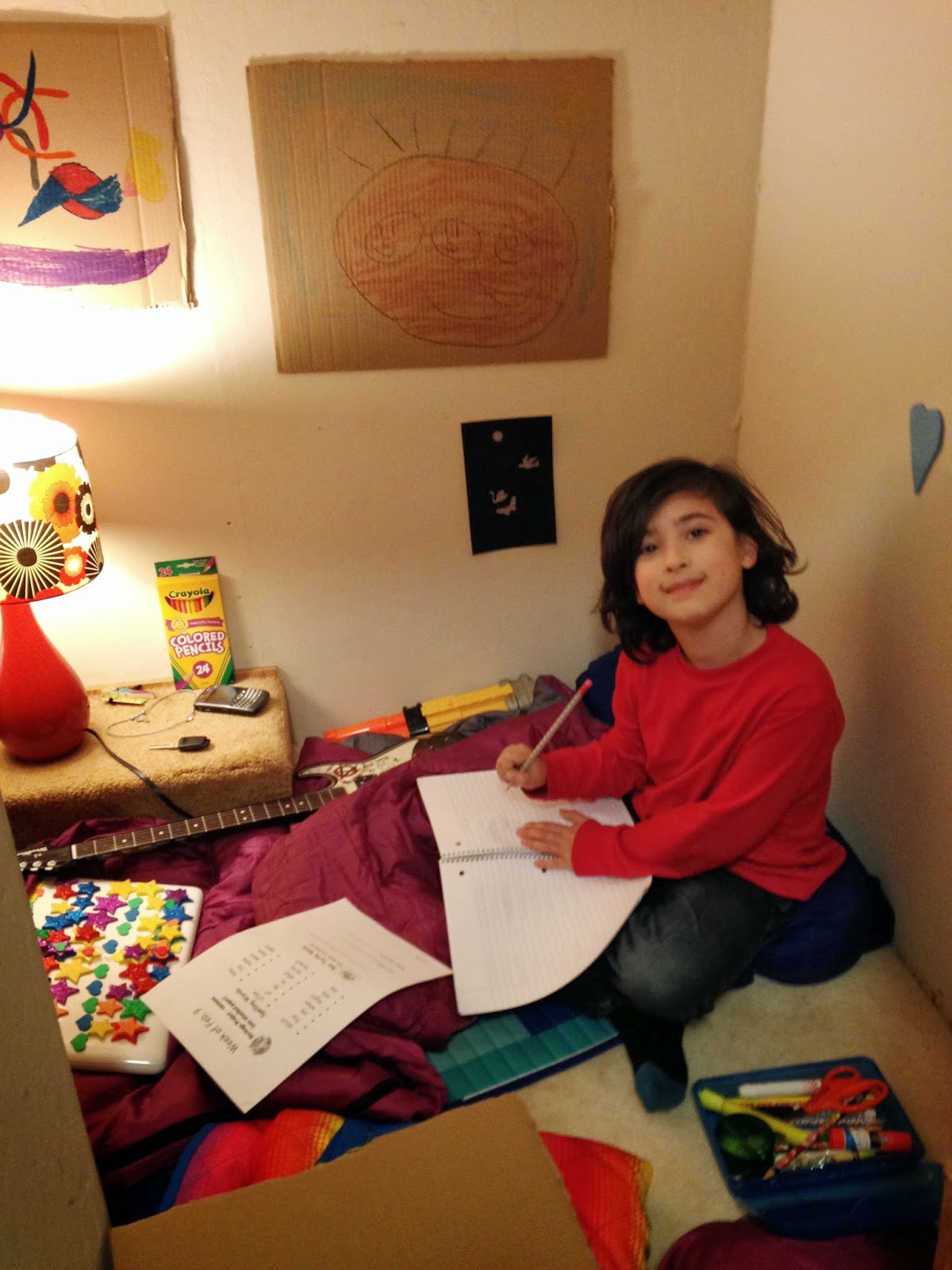 Yesterday we went to the fabric store to buy a few yards of fabric so I can make a curtain leading into Ethan's little spot in the crawl space.  Every employee we encountered (in the aisle, at the cutting counter, at the cash register) wanted to know what we were doing and upon hearing that we needed fabric for curtains for "the space under the stairs," each one of them lit up like a nerdy fangirl and said, "JUST LIKE HARRY POTTER!" and sighed adoringly.   Fair enough; we've got a neighborhood owl.  But I draw the line at a quidditch pitch.

How cool!! I love that he can do homework in there-- so, so cute! I also thought The LEGO Movie was stoner brilliance-- and so funny.

Love the little space makeover. I feel obligated to apologize about the Russian police choir comment. I too waited all night and then had to watch on you tube. I know how E felt.

Love the little homework space. And I love your photo of the water drops.